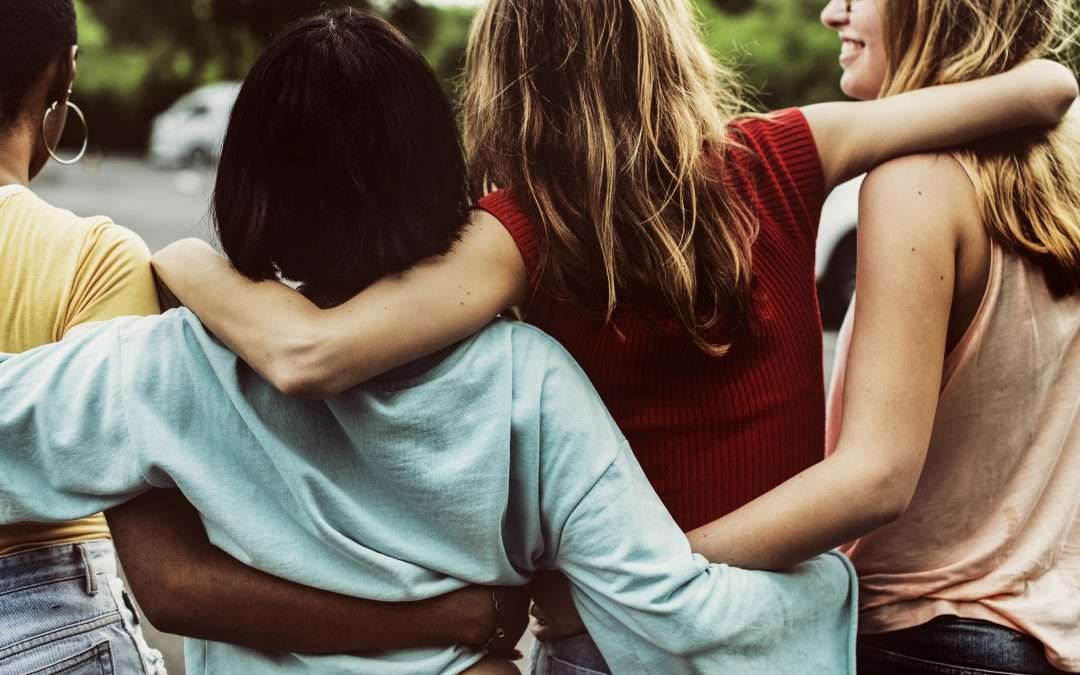 March is such a wonderful month! The days are longer, the 20th is the official start of spring, and there’s the promise of renewed life as snowdrops push through the last of the snow and pussy willow offer nectar to emerging pollinators.

March is also the time to celebrate women’s accomplishments. International Women’s Day (IWD) launched Sunday, March 8, 1914. Historically, IWD celebrations have been used to advance women’s rights and gender equity. However, while women around the world have made great strides, we know that even Canada has a long way to go before it can call itself truly gender equitable.

In 1995, Canada was number one on the United Nations Gender Equality Index. Today Canada ranks 25th. In November 2016, the United Nations Convention on the Elimination of All Forms of Discrimination Against Women (CEDAW) issued comprehensive recommendations regarding Canada’s compliance with the UN treaty on women’s rights. All recommendations are to be implemented by 2020, including a National Gender Equality Plan.

The CEDAW Committee clearly stated that Canada does not adequately provide the programs and services essential to women’s equality. Women in Canada are still fighting for income equality, equal pay, decent jobs, affordable childcare and housing, adequate legal aid, access to sexual and reproductive healthcare, sufficient protection from violence, and a justice system that responds to their needs in all parts of the country.

Globally, the World Economic Forum’s 2017 Global Gender Gap Report found that at our current pace, global gender parity will take over 200 years to reach. That’s why this IWD we need to #PressforProgress by recognising that achievement comes in a variety of forms; ensuring women’s contributions get credited; acknowledging the value of their lived experience; and celebrating their individual and collective successes.

To that end, The Women’s Centre of Halton would like to shine a light on the contributions of five fabulous feminists who have helped move Halton, Canada, and the world closer to gender equity.

Thelma McGillivray (May 11, 1933 – January 28, 2018) was a trail blazer! As a single parent raising four children, Thelma returned to school and earned a Masters of Social Work from McMaster University. What she accomplished was no small feat because this was time when it wasn’t popular to be divorced, a single parent, or an adult learner. Thelma worked in the family court system in Hamilton before opening her private practice specializing in mediation and therapy.

Thelma was proud feminist and social activist promoting the rights of women, children, and seniors. Thelma was an active member of the Provincial Council of Women, the Canadian Federation of University Women, the former Hamilton Status of Women Committee, Advancement of Women Halton, and the Older Women’s Network.

Thelma was an avid writer, regularly addressing social justice and human rights issues in the Hamilton Spectator, the Star, and the Anvil newspapers. As editor of the provincial Council of Women of Ontario Newsletter, Thelma was always busy recruiting writers.

In her spare time, Thelma could be found lunching with Members of the Provincial Parliament at Queen’s Park and discussing important matters to be raised at her next meeting or injected into her next article.

Bonnie Brown is a force to be reckoned with! Bonnie worked as a social worker and teacher before becoming an elected school trustee in 1987. Bonnie was then elected to the Oakville Town Council and later to Halton Regional Council.

Bonnie was first elected to the House of Commons in 1993 as a Liberal MP representing the riding of Oakville-Milton. When the riding was divided in two, Bonnie was re-elected in 1997 and represented Oakville from 1997 until losing her seat in the 2008 federal election.

Well known for thoroughly researching issues before speaking her mind, Bonnie was considered outspoken for supporting a moratorium on the patenting of human genes and was the first MP to denounce the 2003 invasion of Iraq. Bonnie was crucial in securing Canada’s endorsement of the Kyoto Accord and advocated for a carbon tax.

When Bonnie left Parliament Hill, instead of retiring, she refocused her skills and energy into volunteering and set her sights on improving the lives of women living Halton Region, across Canada, and around the world. In 2008, Bonnie was a founding member of Advancement of Women Halton (AWH) a compilation of 25 women representing a broader spectrum of agencies, services, and community groups working to improve the lives of women and their children.

Bonnie’s years of experience at a variety of levels of government continues to be invaluable to the work of this non-profit, non-partisan, issue-oriented collaborative women’s advocacy group.

Veronica Tyrell has been a vital part of Oakville’s community for many years. Her roles are many and varied including serving as President of the Canadian Caribbean Association of Halton, a citizen member of the Cultural Advisory Committee for the Town of Oakville, and a long-standing member of Advancement of Women Halton.

Veronica was the recipient of a Leading Women Building Communities award from Ontario’s Ministry for Women’s Issues. She has also won the Oakville Community Spirit award, the Queen’s Diamond Jubilee Award, the Oakville Arts Council’s Award for Collaboration, and was a 2017 recipient of the WCH’s award Honouring 150 Years of Exemplary Women.

Under Veronica’s leadership, the Canadian Caribbean Association of Halton’s (CCAH) project Black Youth in Action was selected to be part of the minister’s report to parliament on the Multicultural Act of 2008. This project served over 15,000 students, as well as over 500 adults. CCAH has hosted a virtually endless list of programs and festivals including the Roots of Freedom Festival, annual Black History Month celebrations, and the Caribbean Cultural Pavilion in the Carousel of Nations festival.

Sherry Saevil, a Cree woman from Treaty 6, developed her passion for Indigenous issues through lived and professional experience. Sherry’s mother and all of her aunts and uncles were survivors of the Residential School System. Sherry is from a family of ten children all of whom were taken in the Sixties Scoop. Sherry is the first generation to raise her children without government interference.

Armed with degrees in Native Studies and Criminology from the University of Saskatchewan, Sherry embarked on her career working for Indigenous organizations starting with the Treaty and Aboriginal Rights Research Centre in Manitoba.

Sherry also spent five years at Six Nations of the Grand River Territory working as the Assistant Director and focusing on Land claims research in preparation for submissions to the Federal Government.

She currently works with the Halton Catholic District School Board as the Indigenous Education Advisor. Sherry is able to provide professional development for staff while introducing Indigenous Elders, artists, performers, and Traditional Knowledge Keepers to both staff and students. In this role Sherry is also able to encourage teachers to embed Indigenous ways of knowing into their curriculum.

Sherry participated on the Truth and Reconciliation Commission of Canada, the Educational Roundtable with the National Centre of Truth and Reconciliation, The International Indigenous Education Conference, and Treaty discussions with the Treaty Commission of Saskatchewan. In January 2018, Sherry received with the prestigious Sesquicentennial Award which was presented to only 15 Canadians who have positively impacted and influenced their communities.

The Women’s Centre of Halton is pleased to acknowledge and celebrate the valuable and honourable Indigenous leadership role Sherry Saevil has assumed as an Indigenous Canadian woman at the regional, provincial, and national levels.

Nicole Pietsch is a Coordinator with the Ontario Coalition of Rape Crisis Centres and a community research associate with The Learning Network on Violence Against Women. The Coalition works toward the prevention and eradication of sexual assault. Its membership includes 29 community-based sexual assault centres from across Ontario, offering counselling, information, education, and support services to survivors of sexual violence.

Nicole has a particular interest in the ways in which social constructs of sex, gender, age, and race inform Canadian social policy, including law. Since 1998, Nicole has assisted women and youth living with violence, including immigrant and refugee women and survivors of sexual violence. In recent years, Nicole has worked with youth and adult survivors of violence who are incarcerated, those living in an institutional setting, and Deaf youth.

Nicole was the consultant for both the Opening Doors Project: Economic Opportunities for Immigrant Women and the Working Together for A Stronger Sexual Violence Response and A Stronger Renfrew County Project.

In 2013/14, Nicole was the Gender Specialist in the Preventing and Reducing the Trafficking of Women and Girls through Community Planning in York Region Project. Her strategic organizing and priority-setting supported the Women’s Support Network of York Region in operationalizing new work, based on community-identified needs. Today, she continues as the organization’s Gender Specialist concerning human trafficking.

In 2015, Nicole led a local needs assessment/consultation with youth and women as Researcher /Coordinator in the Online and Okay Project: Identifying Solutions for Addressing the Problem of Digital Sexual Violence Project. She also co-led community consultations with diverse youth in collaboration with Planned Parenthood Toronto’s strategic planning process.

Nicole’s written work has appeared in York University’s Journal of the Association for Research on Mothering, the University of Toronto’s Women’s Health and Urban Life, and Canadian Woman Studies/les cahiers de la femme.

Her critical review of how media and the legal system interpreted youth violence, race and gender within British Columbia’s Reena Virk case appeared in a collection published by Canadian Scholars Press, Reena Virk: Critical Perspectives on a Canadian Murder. In 2015, her essay, “Doing Something” About “COMING TOGETHER”: The Surfacing of Intersections of Race, Sex and Sexual Violence in the SlutWalk Movement appeared in a collection published by Demeter Press.

Each of these amazing women answered the call-to-action to work for gender parity. They have also been instrumental in motivating colleagues, friends, male supporters, and a good chunk of the Halton Community to think, act, and be gender inclusive.

International Women’s Day is a day to come together to celebrate our leaders, our compatriots, and our accomplishments. It’s also a day to commit to pushing the gender parity agenda forward so we have even more to celebrate in 2019!

On March 8, 2018 help women around the world move closer to gender equity and #PressforProgress.